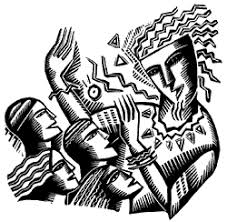 Here are two stories. Which one would you remember better?

Most people will retain the second story more easily. Here, the two deaths don’t just take place successively, they are emotionally linked. Story A is a factual report, but story B is a story.

Story A is shorter but that does not mean we will remember it easily. Our brains don’t work that way.

Advertisers have learned to capitalize on this too. Instead of focusing on an item’s benefits, they create a story around it. Objectively speaking, narratives are irrelevant, but still we find them irresistible.

Stories simplify and distort reality, and filter things that don’t fit. But apparently we cannot do without them. From our own life stories to global events, we shape everything into meaningful stories. Doing so distorts reality and affects the quality of our decisions.

In the media, the story bias rages like wildfire. For example: a car is driving over a bridge when the structure suddenly collapses. What do we read the next day? We hear the tale of the unlucky driver, where he came from and where he was going. We read his biography: born somewhere, grew up somewhere else, earned a living as something. If he survives and can give interviews, we hear exactly how it felt when the bridge came crashing down. The absurd thing: not one of these stories explains the underlying cause of the accident. Skip past the driver’s account and consider the bridge’s construction: where was the weak point? Was it fatigue? If not, was the bridge damaged? Was a proper design even used? Where are there other bridges of the same design?

The omitted elements might not be of relevance. But then again, they might be even more relevant than the elements featured in the story, such as when ‘explaining’ a financial crisis or the ‘cause’ of war. The real issue with stories: they give us a false sense of understanding, which inevitably leads us to take bigger, useless risks.